A fully illustrated book viewing the history and background of the famous guitar.
First section contains pictures taken in the early 60's as the guitar was being built.

Greg Fryer in the 90's restored the red special which is fully documented.

BRIAN MAY WITH SIMON BRADLEY

A celebration of the iconic guitar that Brian May built with his father and has treasured and played all over the world for the last 50 years. www.theredspecial.com

“This book about my home-made guitar has been waiting in the wings for a very long time….Why the name ‘Red Special’? It goes back a long way. In the early days, she was always just ‘The Guitar’, and I think it was Jock, one of my first guitar techs, who, in a moment of what one might call over- familiarity, likened his burden of taking care of it to taking care of a spouse, referring to my treasure as the ‘Old Lady’. The appellation had an appeal, and kind of took root for a while. But, to me, this very personal instrument, with her humble beginnings in the minds and hands of my Dad and me, was worthy of a bit more respect than that. I remembered that at the time we finished the top coat of varnish, my Dad had wanted to christen her as the Brian May Special, and I had poo-pooed the idea; now I realised that it wasn’t so uncool to give her a proper name. So one day in a radio interview, when someone asked me what I called the guitar, the words Red Special just tumbled out before I’d had time to think. And from then on, that was her name. There are now a few thousand Red Special replicas in the world, but my first love still keeps some of her mystery. She is, after all, a one-off!” Brian May

Brian May and his father Harold started to hand-build an electric guitar in 1963 – a project that would take over a year to complete. Brian dreamed of a guitar that would outperform any of the existing commercially-made electric guitars; his father had the technical knowledge and skills to help make the dream come true. The book describes in detail the creative lengths father and son went to in order to construct the guitar. They were incredibly resourceful, using any materials they could get their hands on; the neck of the guitar was constructed from wood from an 18th-century fireplace mantel that a friend of the family was about to throw away and each of the position inlays was hand shaped from a mother-of-pearl button. Previously unseen original sketches, diagrams and notes accompany the text.

For the last 50 years The Red Special has been the guitar that Brian played on every Queen album, in all of Queen's live shows around the world and on the most special of occasions, including his legendary appearance on the roof of Buckingham, Live Aid and the closing ceremony of the London 2012 Olympics. In the book Brian talks about these incredible moments he shared with The Red Special and the world.

The book contains fascinating, previously unseen photographs of The Red Special in every stage of its creation as well as shots of Brian in action on stage and behind the scenes with his treasured guitar. It is fitting that the world’s greatest guitarist has a signature guitar as unique as The Red Special, with its own story that fills a book!

Although best known to the world as the lead guitarist of supergroup Queen, Brian May has a PhD in astrophysics and is an expert in 3D photography. He co-wrote Bang! The Complete History of the Universe with Chris Lintott and Patrick Moore, A Village Lost and Found with Elena Vidal and Diableries: Stereoscopic Adventures in Hell with Denis Pellerin and Paula Fleming.

Simon Bradley has been a guitar journalist since 1996 and he has written hundreds of articles and interviews on all aspects of the instrument, for many magazines and websites including Guitarist, Total Guitar, What Guitar? Classic Rock, Metal Hammer, Future Music, MusicRadar.com, Brianmay.com, and many more. 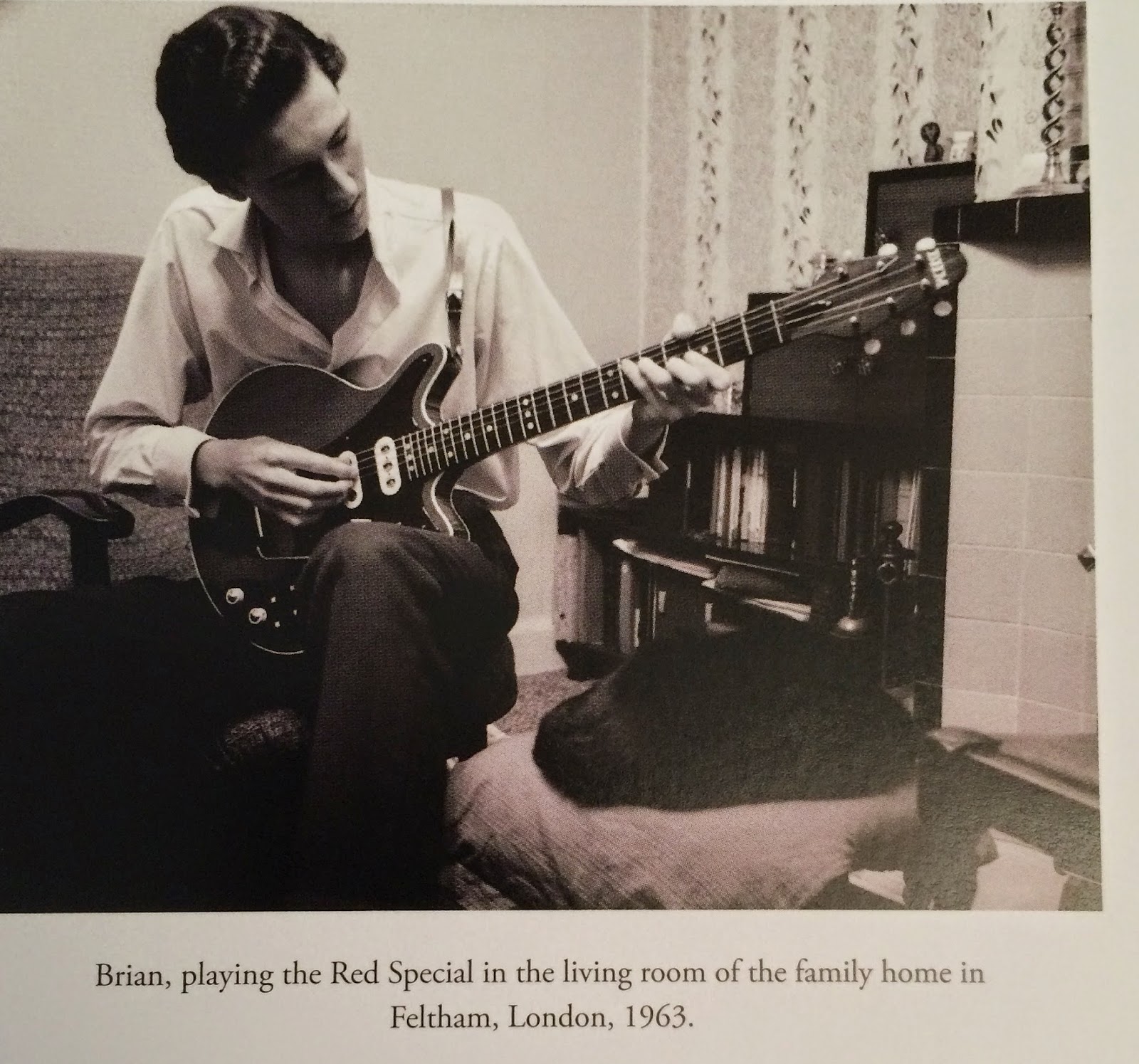 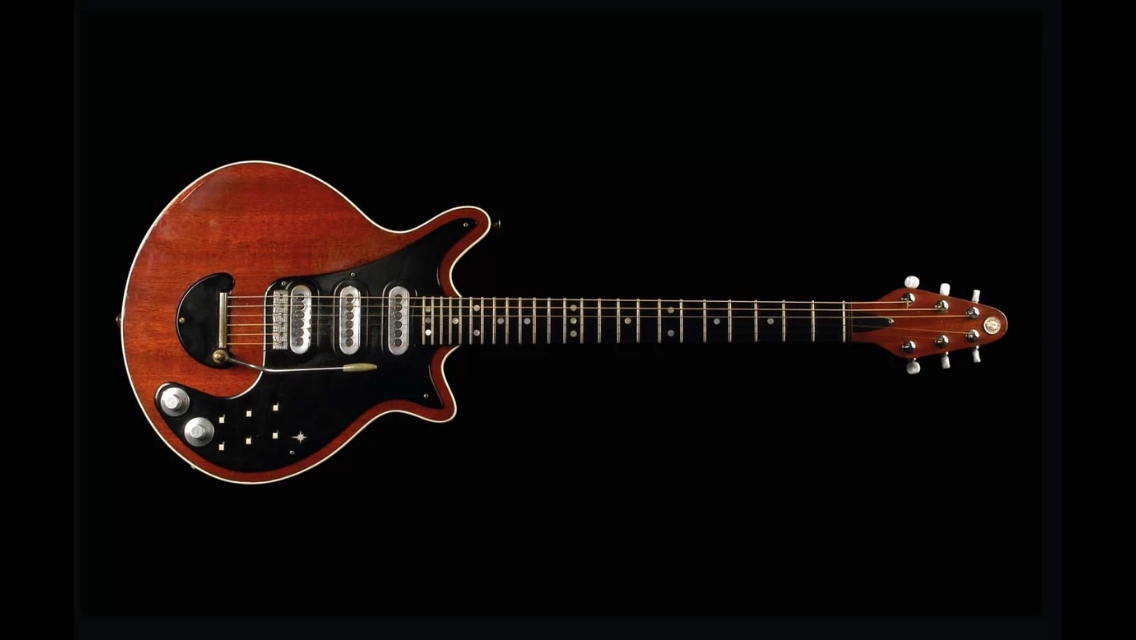 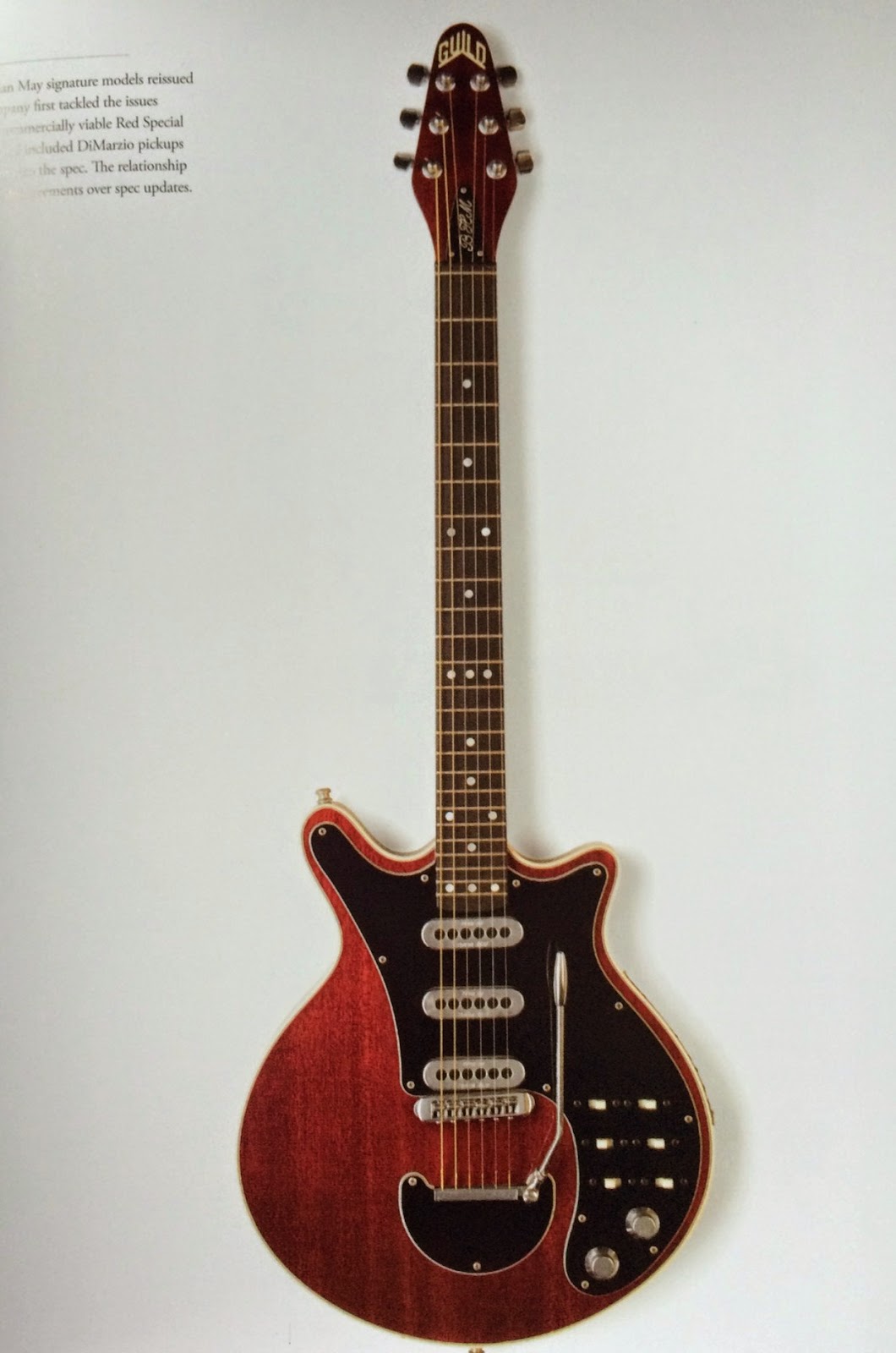 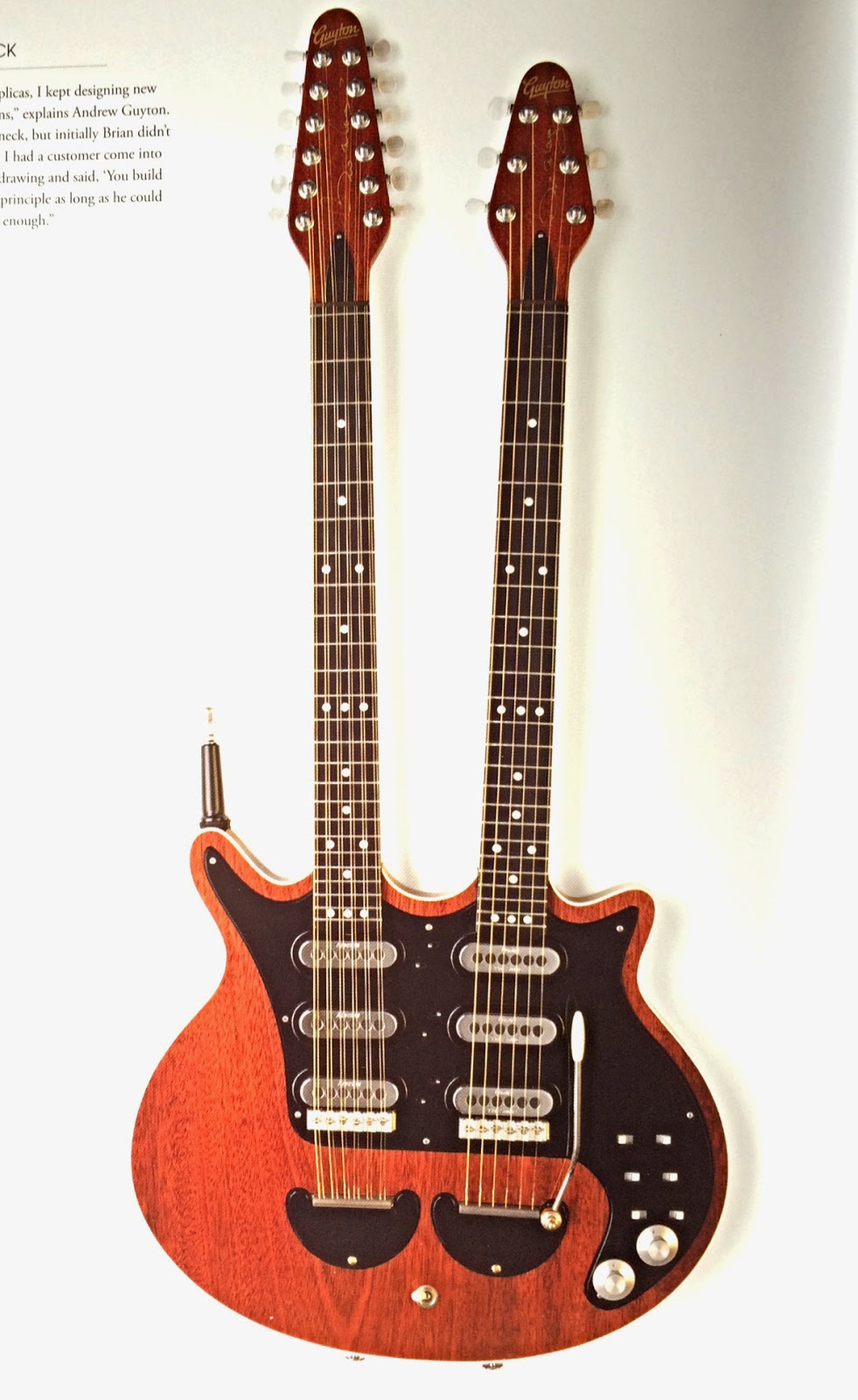 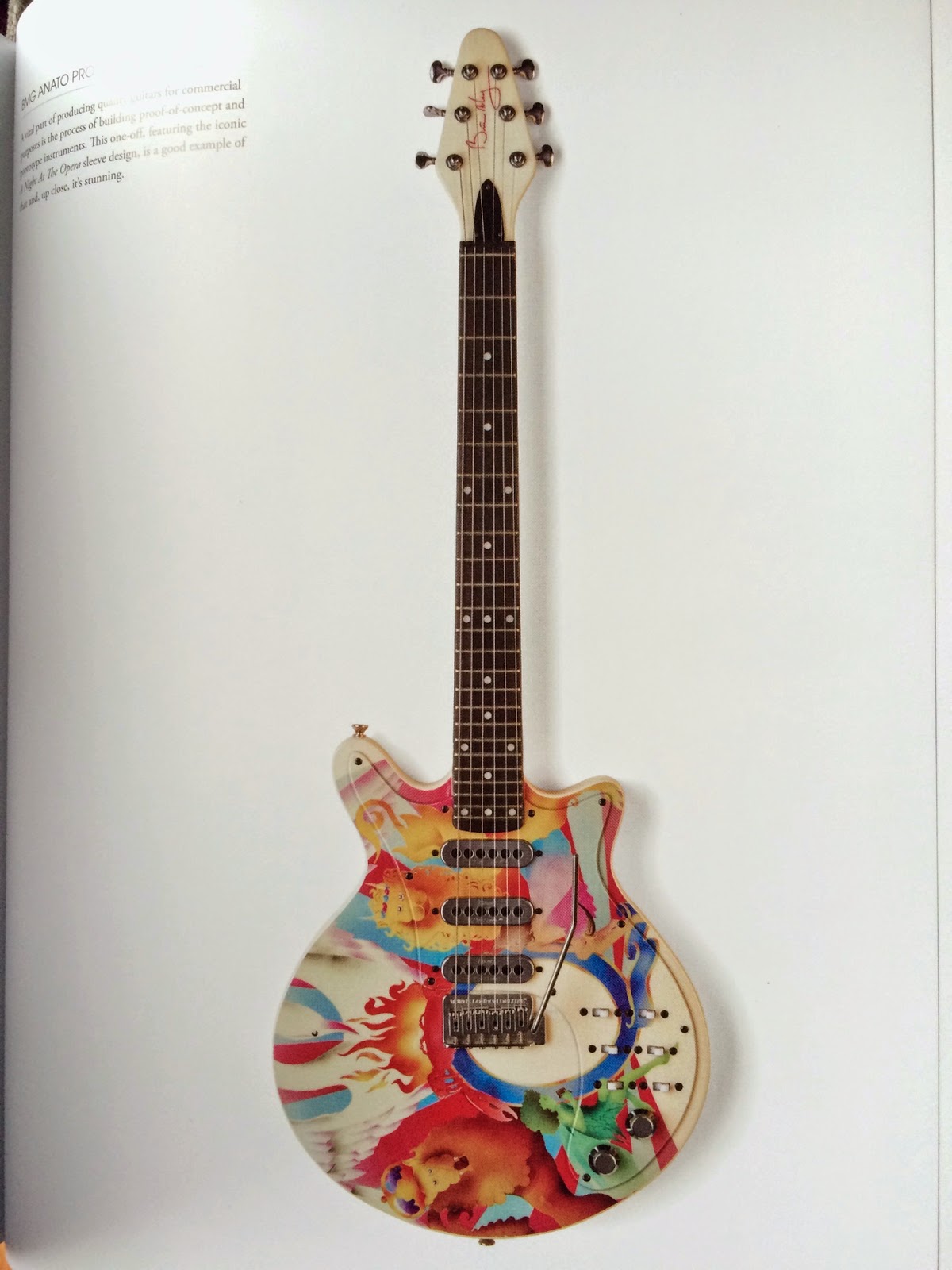 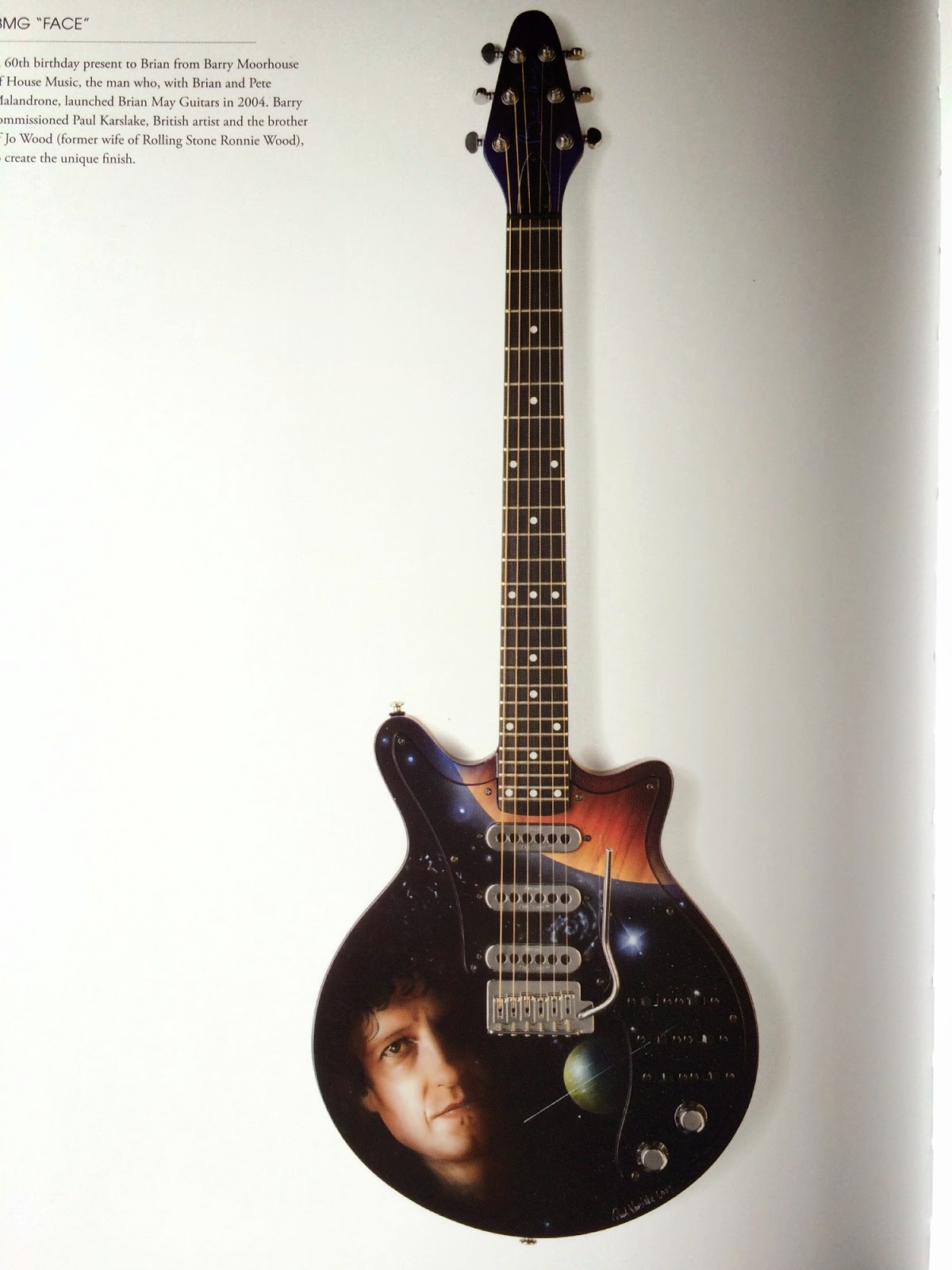 Posted by James Rundle at 10:33 No comments: