Must Have Guitar Albums - The Eagles - Hotel California 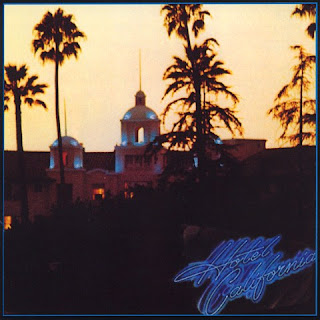 Hotel California is the fifth studio album released by the American rock band the Eagles, in late 1976. It is the first Eagles album without founding member Bernie Leadon and the first album with Joe Walsh. It is also the last album featuring original bass player and singer Randy Meisner. The album became the band's highest selling studio album with over 16 million copies sold in the U.S. alone.
Tracklist:
1) Hotel California
2) New Kid in Town
3) Life in the Fast Lane
4) Wasted Time
5) Wasted Time (reprise)
6) Victim of Love
7) Pretty Maids All in a Row
8) Try and Love Again
9) The Last Resort

Must Have Guitar Albums - Blues Saraceno - Never Look Back 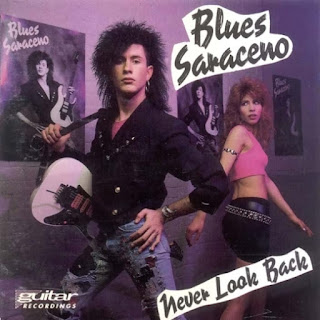 Never Look Back is the first studio album by guitarist Blues Saraceno, released in 1989 through Guitar Recordings. What is frightening about this album was Blues Saraceno was only 17 when he recorded it.
Saraceno's high profile as a gifted guitar virtuoso and musician opened the doors to an early career as a first call guitar sideman and session musician. Saraceno is most often recognized from his time playing with Jack Bruce and Ginger Baker (Cream) as well as his brief tenure with the band Poison. Saraceno's early success in the music industry would eventually blossom into a career in producing and composing for television and film.
Tracklist01. Remember When 02. Never Look Back 03. Full Tank 04. Jay Walkin' 05. Deliverance 06. The Shakes 07. Before The Storm 08. Funk 49 09. Jitter Blast 10. Frazin'