Posted by James Rundle at 13:07 No comments: Posted by James Rundle at 12:52 No comments: 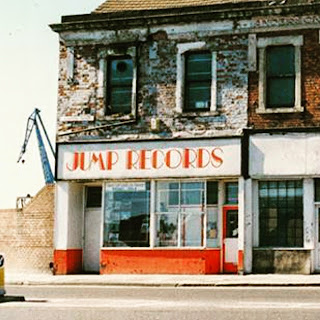 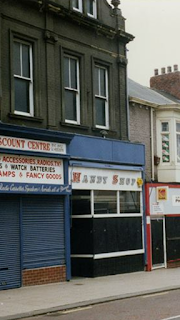 In the day's before iTunes and MP3's and even before CD's vinyl records were the order of the day.
Not everyone could afford brand new Albums or Singles.

In the 70's my Dad would by and sell his records to the Handy Shop in Frederick Street. As a little boy it seemed a treasure trove of vinyl records and picture discs hanging on the wall.
An oldish couple owned it and were always so friendly and enthusiastic about music.

As a teenager in the 80's I discovered Jump Records not far from the Customs House. It seemed like the House of Rock. With rock and heavy metal posters and vinyl ranging from AC/DC to ZZ Top.
The original owner was a quiet guy with cork screw curls and a guitar behind the counter. He didn't say much but he looked like he knew everything about music.

In 1991 it was the place I first heard the Guns N Roses Illusion albums being played and discussed by a group of heavy metal fans, Fond memories.

On the counter was bootleg vinyl which cost the grand sum of £20 - £30. The best of which I bought was Queen Live At Knebworth on Wizard Quest records. (wish I still had it)

With introduction of CD's in the early 90's it never quite seemed the same.
It nice to see a renewed interest in vinyl records.

Posted by James Rundle at 12:45 No comments: