Must Have Guitar Albums - led Zeppelin - House of the Holy 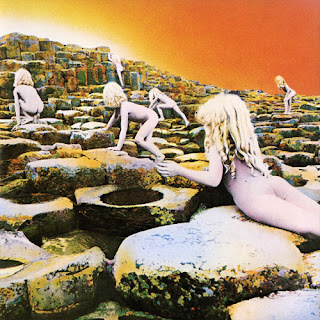 Released in March 1973 this was Led Zeppelins fifth studio album.
This album was a stylistic turning point in the lifespan of Led Zeppelin. Guitar riffs became more layered within Jimmy Page's production techniques and departed from the blues influences of earlier records.
Track Listing
1. The Song remains The Same
2.The Rain Song
3. Over The Hills And Far Away
4. The Crunge
5.Dancing Days
6. Dyer maker
7. No Quarter
8. The Ocean